The McLean County Historical Society, organized in 1967, preserves the history of McLean County and North Dakota and shares it with the public in a series of museums located in Washburn, the McLean County seat.  Included in the museum is the main building, the Joe Taylor Cabin, the Sioux Ferryboat and the Nettle Creek Schoolhouse.

In November 1968, the Society opened the McLean County Museum in the 1905 Courthouse.  Fred Jefferis and many others collected donated items to be displayed.

In 1969, the Society researched and built Fort Mandan (a replica of where Lewis and Clark wintered in 1804) , west of Washburn.  This was the first project of the historical society. Construction of the fort was completed in 1972.  The Society owned and operated the fort until they leased Ft. Mandan to the Lewis & Clark Bicentennial Foundation in 1997, The North Dakota Parks and Recreation Department in 2015.  The North Dakota State Historical Society took over the lease in 2021.

The Society has a great deal of history on Lewis & Clark and Sakakawea, plus a fine display of Indian artifacts.  The Museum also has many displays about McLean County and North Dakota. 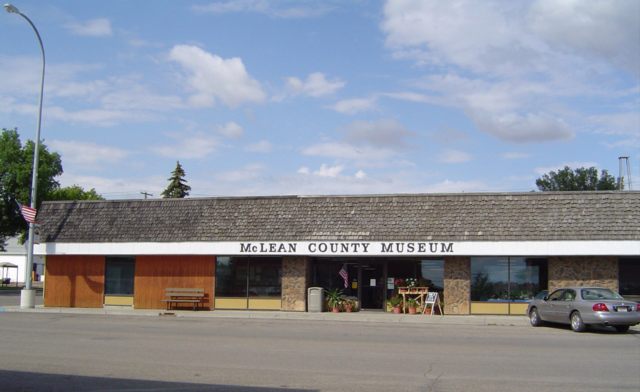